Lord of the Rings Animation Cels

A selection of animation cels from Ralph Bakshi’s Lord of the Rings. 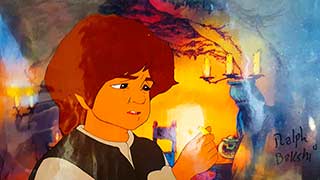 Frodo and the One Ring 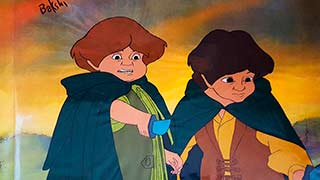 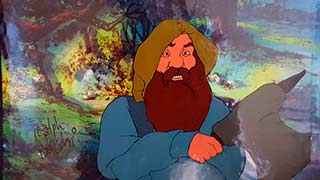 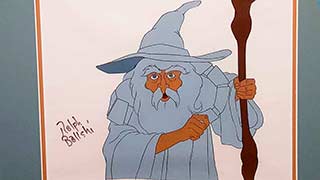 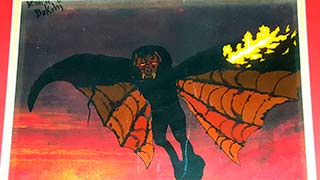 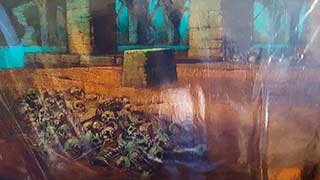 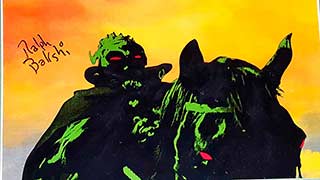 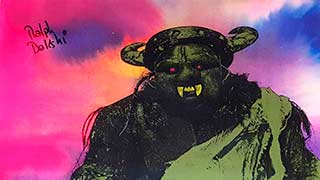 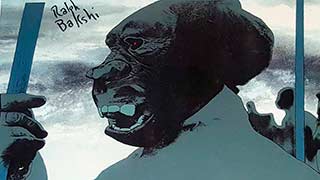 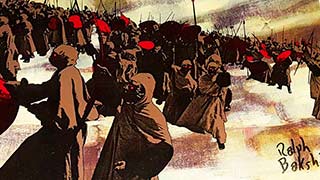 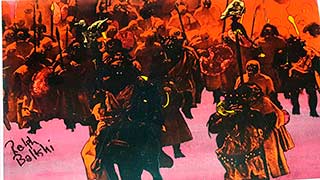 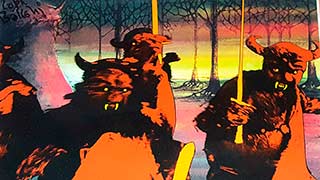 The Lord of the Rings is a 1978 adult animated high fantasy film directed by Ralph Bakshi. It is an adaptation of J. R. R. Tolkien‘s high fantasy epic The Lord of the Rings, comprising The Fellowship of the Ring and the first half of The Two Towers. Set in Middle-earth, the film follows a group of hobbits, elves, men, dwarves, and wizards who form a fellowship. They embark on a quest to destroy the One Ring made by the Dark Lord Sauron, and ensure his destruction.

Ralph Bakshi encountered Tolkien’s writing early in his career, and had made several attempts to produce The Lord of the Rings as an animated film before being given funding by producer Saul Zaentz and distributor United Artists. The film is notable for its extensive use of rotoscoping, a technique in which scenes are first shot in live-action, then traced onto animation cels. It uses a hybrid of traditional cel animation and rotoscoped live action footage. The film features the voices of William Squire, John Hurt, Michael Graham Cox, and Anthony Daniels, and was one of the first animated films to be presented theatrically in the Dolby Stereo sound system. The screenplay was written by Peter S. Beagle, based on an earlier draft by Chris Conkling.