A selection of animation cels from Disney’s The Black Cauldron. 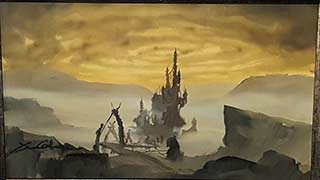 Signed by the Artist Jim Coleman 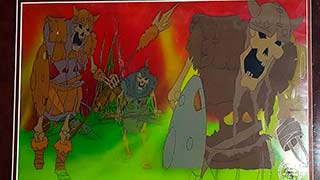 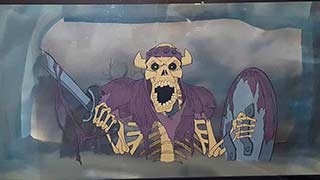 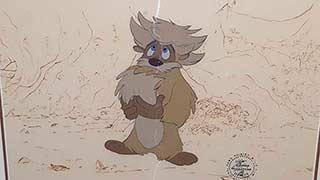 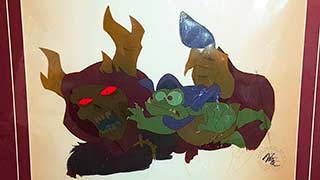 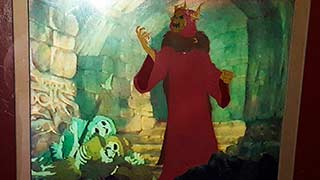 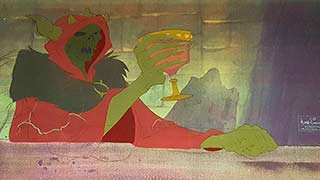 The Black Cauldron is a 1985 American animated fantasy film produced by Walt Disney Feature Animation in association with Silver Screen Partners II and released by Walt Disney Pictures. The 25th Disney animated feature film, it is loosely based on the first two books in The Chronicles of Prydain by Lloyd Alexander, a series of five novels that are, in turn, based on Welsh mythology.

Set in the mythical land of Prydain during the Early Middle Ages, the film centers on the evil Horned King who hopes to secure an ancient magical cauldron that will aid him in his desire to conquer the world. He is opposed by a young pig keeper named Taran, the young princess Eilonwy, the bard Fflewddur Fflam, and a wild creature named Gurgi who seek to destroy the cauldron, to prevent the Horned King from ruling the world.