A selection of Harry Canyon animation cels from Heavy Metal. 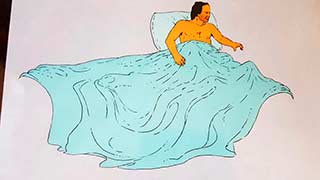 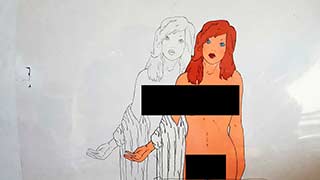 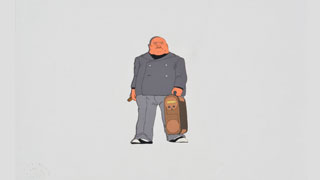 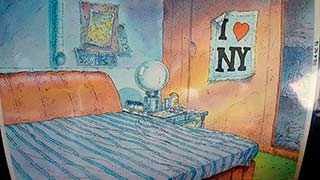 In a dystopian New York City in 2031, cynical taxicab driver Harry Canyon narrates his day in film-noir style, grumbling about his fares and occasional robbery attempts, which he thwarts with a disintegrator installed in the back of his seat. He stumbles into an incident where he rescues a girl from a gangster named Rudnick, who had murdered the girl’s father. She tells him about her father’s discovery: the Loc-Nar, an artifact over which people are killing each other. Harry takes the girl back to his apartment where she climbs into his bed and has sex with him. The next day, one of his fares is Rudnick, who threatens Harry if he does not cooperate. The girl decides to sell the Loc-Nar to Rudnick and split the proceeds with Harry. At the exchange, Rudnick takes the Loc-Nar out of its case and is disintegrated. Meanwhile, the girl informs Harry that she is keeping all the money for herself and pulls a gun on him. Harry is forced to use his disintegrator on her. He keeps all the money and writes it up as a “two-day ride with one hell of a tip”.