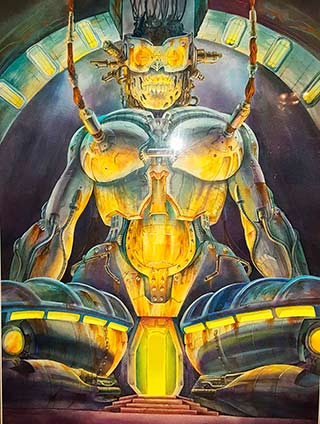 Heavy Metal 2000 (also known as Heavy Metal: F.A.K.K.² outside North America) is a 2000 Canadian-German-American adult animated science fiction film produced by Jacques Pettigrew and Michel Lemire, and directed by Michael Coldewey and Lemire. Starring the voices of Michael Ironside, Julie Strain, and Billy Idol, the film is the follow-up to the 1981 animated cult film Heavy Metal, which is based on the fantasy magazine of the same name. The story is based on the graphic novel, The Melting Pot, written by Kevin Eastman, Simon Bisley and Eric Talbot. The film was made by CinéGroupe, a studio based in Montreal, Quebec.