So Beautiful and So Dangerous Sequence: Heavy Metal Animation Cels

A selection of So Beautiful and So Dangerous Heavy Metal animation cels. 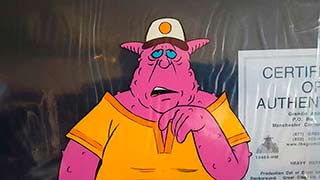 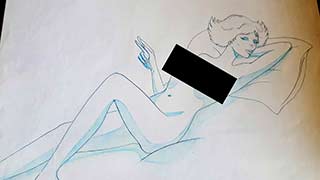 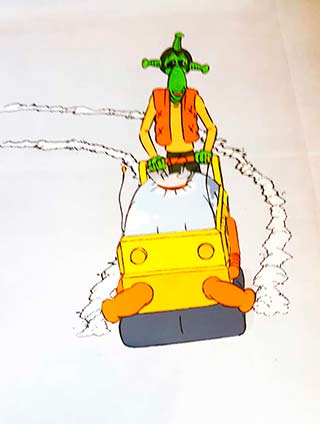 Dr. Anrak, a prominent scientist, arrives at The Pentagon for a meeting regarding mysterious mutations that are plaguing the United States. At the meeting, the doctor tries to dismiss the occurrences. When he sees the Loc-Nar in the locket of Gloria, a beautiful buxom stenographer, he begins to behave erratically and sexually assaults her. A colossal starship drills through the roof and abducts the doctor and, by accident, Gloria.

The ship’s robot is irritated at Anrak, who is actually a malfunctioning android, but its mood changes when it sees Gloria. With the help of the ship’s alien pilot Edsel and co-pilot Zeke, the robot convinces Gloria to stay on board and have “robot sex” (albeit off-screen). Meanwhile, Edsel and Zeke snort a huge amount of a powdered drug called Plutonian Nyborg before flying home, zoning out on the cosmos. Too intoxicated to fly straight, they crash-land unharmed in a huge space station.