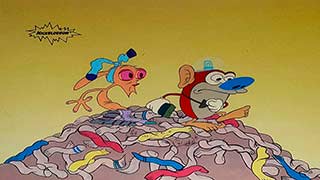 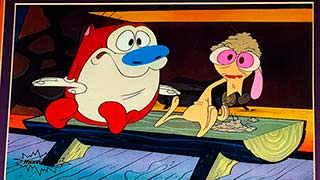 Appeared in John K. Season 2 Episode “The Cat That Laid The Golden Hairball” 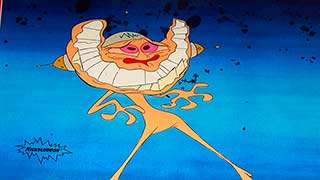 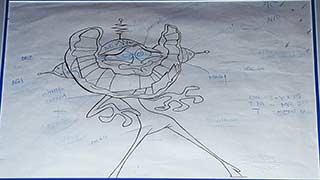 The Ren & Stimpy Show, also known as Ren & Stimpy, is an American animated television series created by John Kricfalusi for Nickelodeon. The series follows the adventures of title characters Ren, an emotionally unstable Chihuahua, and Stimpy, a good-natured yet dimwitted cat. The show premiered on August 11, 1991, as one of the original three Nicktoons alongside Rugrats and Doug. Throughout its run, it was a notoriously controversial show for its dark humor, sexual innuendos, adult jokes, and shock value. The production’s failure to deliver episodes on time and its deteriorating relationship with Nickelodeon executives and Standards and Practices department led to Kricfalusi’s departure from the show in 1992. The show ended on December 16, 1995. The episodes “Sammy and Me” and “The Last Temptation” never aired in the original run on Nickelodeon, but did air on MTV in 1996.